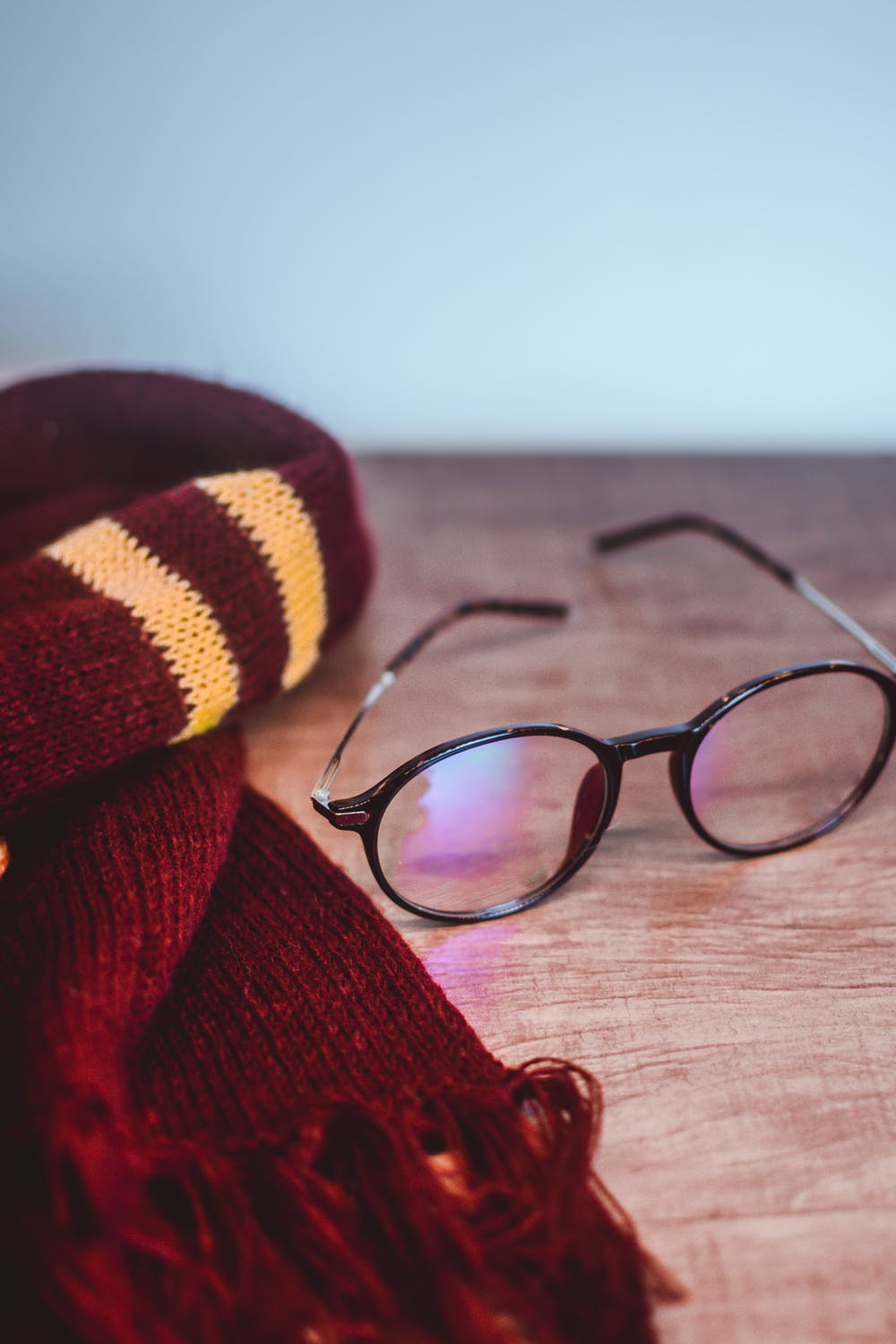 Japan and the International Language of Harry Potter

One of the things that excited me the most before coming to Japan was the prospect of just being able to speak to Japanese people and gauge their opinions and views on the world. I’d always felt as though Japanese people have a unique outlook on the world and somewhat different from a Brit like myself. I knew that this may be difficult as I don’t speak Japanese and it’s rare to find a Japanese person with a willingness to speak English.

I recently attended the International Cultural Festival of my city, as I felt that being a foreigner I could make some sort of valuable contribution (although it turns out I couldn’t). I arrived alone and for a couple of hours trundled around without any of my colleagues, hoping to try and strike up some conversations with the locals.

I decided however that the first thing I would do was get some food and as luck would have it, a Russian teacher from my school noticed me, ran over and congratulated me on my attendance before supplying me with a delicious Russian stew. He sat me down at a table with a bemused Japanese couple, before galloping off once more into a crowd of people.

For a few moments I felt awkward being the third wheel at the table and I felt as though I’d just burst into their sitting room and sat down on one of their chairs. As luck would have it though, a Japanese man suddenly appeared from behind me and announced he would like to sit and speak to me in English, with the sort of excitement you’d expect from someone who’d just discovered a box of treasure (to put in perspective I live in a small city of around 100,000 people and there’s about half a dozen foreigners here including myself so it’s quitev rare to find a native speaker of English). I was of course, equally excited at the prospect of no longer having to sit uncomfortably at this couple’s table – I now had a friend.

Unfortunately I can’t give you his name – I’d forgotten it straight away. When meeting a native speaker of English I struggle to remember a person’s name enough as it is, so when I ask a Japanese person their name and they reply along the lines of “RYUUNOSUKE” very quickly in Japanese, I don’t stand a chance. For the next 90 minutes I knew I’d have to refer to him as either “mate” or avoid his name at all costs.

What quickly became clear was his distinct inability to speak English – it turned out that he was very good at introducing himself in English and asking a handful of questions, e.g. “What is your name?….Where are you from?…What do you like?…Can you speak Japanese?” but after asking these questions and introducing himself in English, we were about to commence a conversation in Japanese.

Similarly, to make matters worse by lulling him into a false sense of security that he was with someone that could speak Japanese, I responded in Japanese with my memorised self-introduction, having delivered it on about 300 billion occasions. “Watashi wa Chris desu (Regarding me, I’m Chris)….Igirisu no London kara kimashita (I have come from London, England) –I’ve been using this to capitalise on the Olympics mania that seems to have swept Japan….Watashi wa ryokou to skii to shashin ga suki desu (I like travelling, skiing and photography)…..Nihongo wa mada heta desu, ga ganbatte imasu! (My Japanese isn’t even crap – it’s before crap – but I’m trying to learn!).

Having successfully delivered my rehearsed lines for the 301th billion time, he now assumed that my Japanese was extraordinarily good, because for an hour and half the scene was set for him to speak solely in Japanese and for me to continuously nod in agreement, with me throwing in the odd Ah! Souka souka! (I see! I see!) – although I had literally no idea what I was agreeing to.

Unfortunately all I seemed to detect was he liked Russia, he’d even been there (we’re not far from the Russian port town of Vladivostok soI wasn’t surprised by this) and in a quick change of topic, he produced a Twinings of London paper bag (Twinings being a popular British tea brand) filled with his possessions. This was good news for me – “Oh look Twinings! That’s from England – I’m from England, hahah!” – it was truly the breakthrough I’d been looking for.

Just as I was expecting him to pull some tea out of the bag (and much to my excitement), he pulled out a photo album filled to the brim with photographs. He began to spread all the pictures out across the table, until the table disappeared under a sea of photographs of him standing in parks, classrooms and even a train. Each photo was of him and another person.

The first photo was of him and a man with ginger hair standing in front of a tree taken in 2007.

“Ron Weasley!” he remarked sincerely, pointing at the man with the ginger hair. My reaction was of course to nod, smile and agree, even though the only characteristic he shared with Ron Weasley was the ginger hair (though admittedly, that seems to be all it takes this days to describe someone as Ron Weasley).

And with that he began to brand the people in all of his photos as Harry Potter characters.

“Ginny Weasley!” he cheered, pointing at a girl he’d met in Russia that looked nothing Ginny Weasley.

“Severus Snape!” he declared, pointing at a black man he’d met on his travels in Southeast Asia in 2009.

“I’m not so sure about that one” although he didn’t seem to understand my comment as he interjected with, “Neville Longbottom!” he announced, gesturing at me across the table.

I noticed a photo of my new-found Japanese friend with long hair and glasses in another photo so jokingly I pointed at him and remarked “Albus Dumbledore!”

This experience continued for another 45 minutes, until the entire cast of Harry Potter had been uncovered within a photo album spanning his adventures around Asia from the past 5 years. It turned out that the man’s photo album was just people he’d met that, in his mind, resembled Harry Potter characters. It was as though he spotted someone across the street that looked like Hagrid, ran over, got a photo of him with them and then ran off again to have it printed and neatly placed within his ever burgeoning portfolio of excellence.

It seems the moment you announce your British, it’s inevitable that a link will be drawn between you and Harry Potter – it’s one of the big British things here in Japan, along with the Beatles. If you come to Japan from Britain, be prepared with knowledge of both and even if you can’t speak Japanese and the person you’re speaking with can’t speak English, at the very least, you’ve got the foundations of a conversation.

It was another hour before we parted ways. I find it a bit awkward to just break away from such conversations – though admittedly on this occasion I was somewhat transfixed by these ‘uncanny resemblances’.

Before we did part ways however, he said something in Japanese as he shook my hand. Fortunately a fellow colleague was nearby and translated what he said into English.

“He says you speak Japanese well.”

I found this ironic given the fact I didn’t have a clue what he’d just said and I’d only spoken a handful of basic Japanese phrases.

I shook my head in sincere disagreement but thanked him for his kind words nonetheless.I congratulated him on his truly outstanding English speaking skills and ability to observe the cast of the Harry Potter series.

He bowed shaking his head, before triumphantly disappearing off into a nearby crowd with his photo album of Harry Potter cast lookalikes and Twinings of London bag clutched firmly in hand. 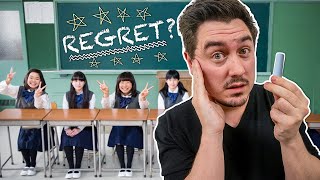 Why NOT to Teach English in Japan

Having taught English in Japan for 3 years, I felt ready to leave by the end of the job. But what happens when you teach for 10 years? Bad things.... 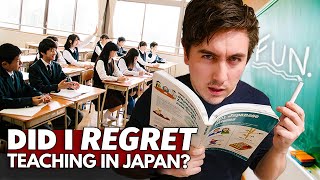 Having taught English in Japan for 3 years with 2,000 hours of classroom experience, I take a look at the highs and lows that come with the job, including my most awkward moment with a student.... 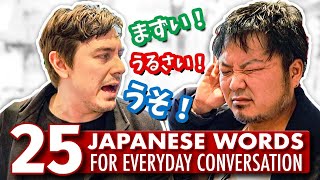 You'll hear these 25 Japanese words pretty much every day in Japan - so it's worth knowing them. We wander through Tokyo for the day, using them in natural situations and discuss what they mean and how they're used. (Featuring Natsuki & h... 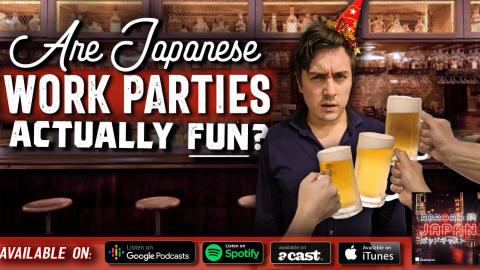 Bingo! The Christmas season has come around once again, Pete's having it large in London, but what about the work party season in Japan? We're also talking typhoons and Tinder.... 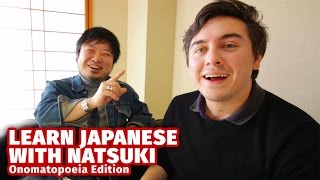 Natsuki's English lesson is our Japanese lesson. Everyone wins.... 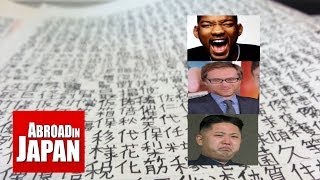 English tongue twisters can be tough for Japanese people mastering the English language. To assist my friend Natsuki on his dream to becoming a world famous actor, we kick off his training with 5 of the most difficult tongue twisters - and one in par...

Chris Broad's Engrish nightmares! There was a weird problem with this episode, but if you're reading this it should be fixed. Sorry guys! Pete x... 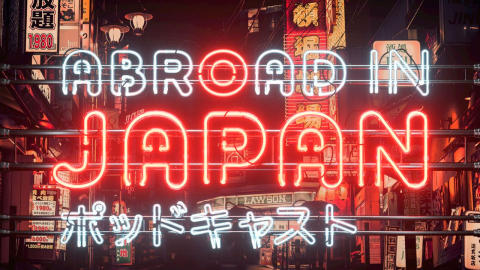 This week on the Abroad In Japan podcast Chris earns himself a speeding ticket and Pete finds himself explaining Tums to the Po. Chris beatboxes for some reason. Just listen, won't you?... 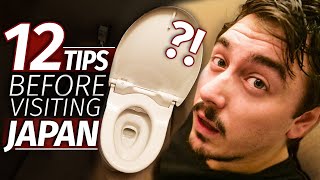 12 Things You Should Know Before Coming to Japan

Travelling to Japan can be daunting. Make sure you go prepared with this list of tips to help you get the most out of your trip!... 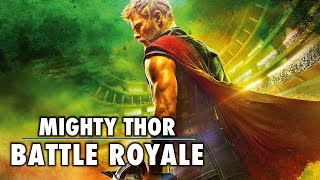 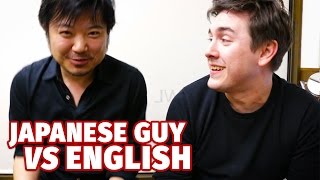 In preparation for Natsuki's trip to the UK, Natsuki begins learning English with italki.... 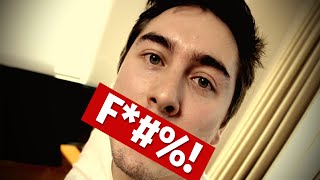 An angry rant at people who fail to appreciate the importance of teaching swear words....