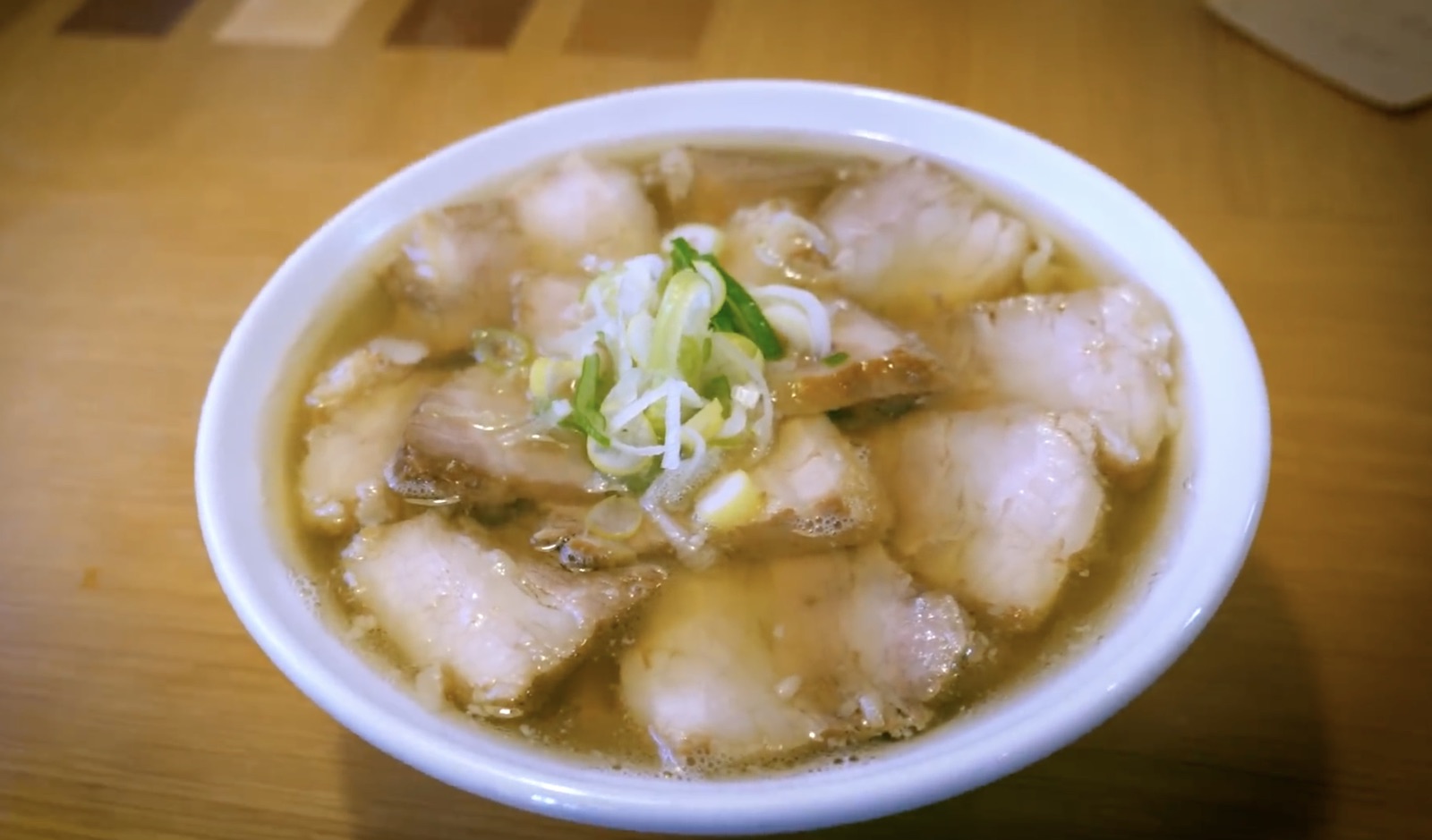 }
In my 7 years of travelling Japan, I’ve been fortunate to visit 40 of the country’s 47 prefectures, travelling from freezing Hokkaido to the turquoise seas that lap the shores of Okinawa. These are the memories, moments and experiences that I frequently find myself going back to; the ones that put a smile on a face that is typically riddled with cynicism and despair. Hopefully they’ll give you some fresh ideas and inspire you to go off the beaten path and experience Japan your own way. Memories travelling Japan is an ongoing series.

I won’t lie, once you’ve seen a dozen temples and shrines you’ve more or less seen them all. That doesn’t mean you can’t still enjoy them, but the “wow” factor is certainly no more.

However once in a while, you stumble across a temple that’ll take your breathe away, which is how I felt when my eyes first set upon the Sazaedo Temple.

It was January when Ryotaro and I set off on another one of our crazy adventures in the snowy countryside of Tohoku, this time in search of the town of Kitakata - a town famous for being the ramen capital of Japan, on account it has more ramen shops per capita, than anywhere else in the country. (And an admittedly disappointing lack of KitKats).

Japanese towns which typically lack historical architecture (the downside of building with wood), love to have a quirky and often ridiculous record to standout instead, e.g. “We’re the town with the most lamps shaped like garlic” (and no I didn’t make that up).

But holy sh*t, a town with the most ramen shops per capita? Now that’s the kind of record you want to have.

It was en route to the landlocked, snowed in town of Kitakata that Ryotaro and I passed through Aizu Wakamatsu, a town famous for its legendary Samurai training school, a wonderful statue randomly donated by Italian dictator Benito Mussolini and the Sazaedo temple, a radical one-of-a-kind temple inspired by the designs of Leonardo DaVinci.
(Somehow only now am I realising the prominent Italian influence upon the town).

I’m going to struggle to put the Sazaedo Temple into words, so it might be worth watching the video on this one, but the temple has two opposing spiral staircases built on top of one another - one for ascending and the other for descending. This means you never bump into fellow worshippers walking in the opposite direction (though you can hear them above and below you).

It’s an ingenious innovation that allows Buddhist practitioners to pray to and appreciate the 33 gods within the temple, without bumping into any of their brethren. Apparently, it’s the only temple in the world to have the design, which is odd given how genuinely practical it is. Admittedly, it’s not worth the long trip just to see the temple alone, but it’s perfect stopping off point on your lengthy journey to grab a bowl of ramen in Kitakata.

But was the journey to Kitakata worth it?
After two days of travelling through more snow than I ever thought was physically possible to witness, we finally arrived in the town of Kitakata, and slurped down what was honestly one of the best bowls of Chashu ramen I’ve had in my entire life. The temple was amazing but the ramen stole the show.

Da Vinci would have loved it. 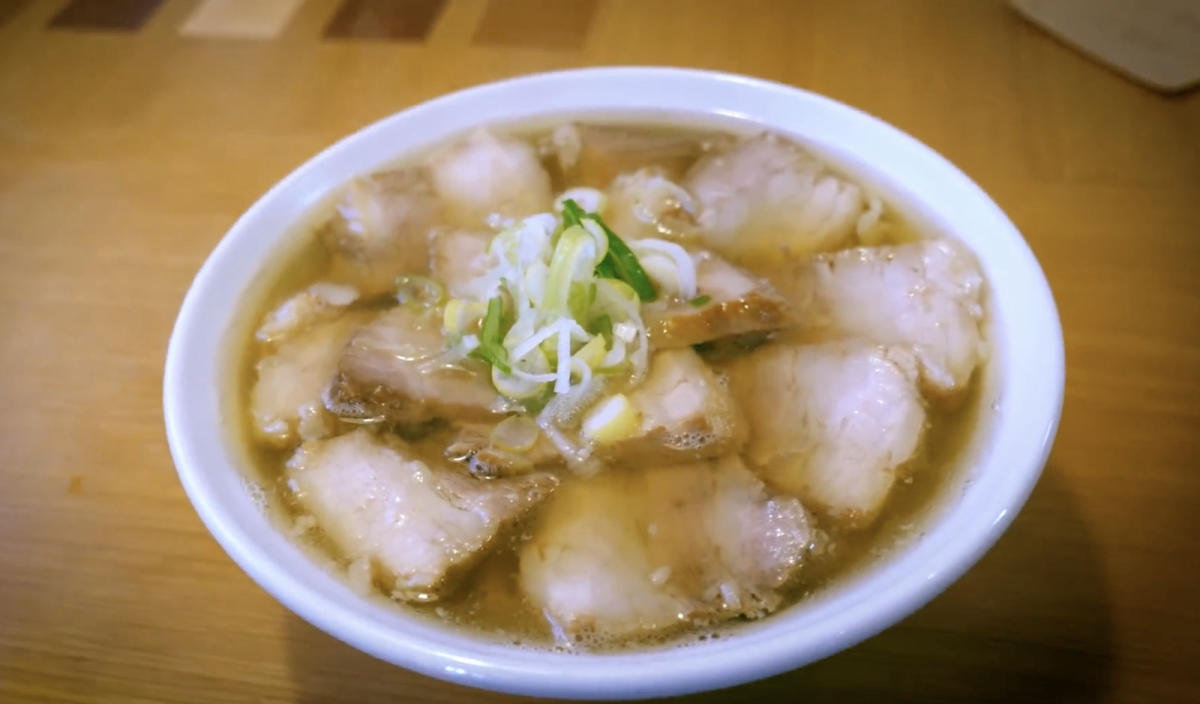 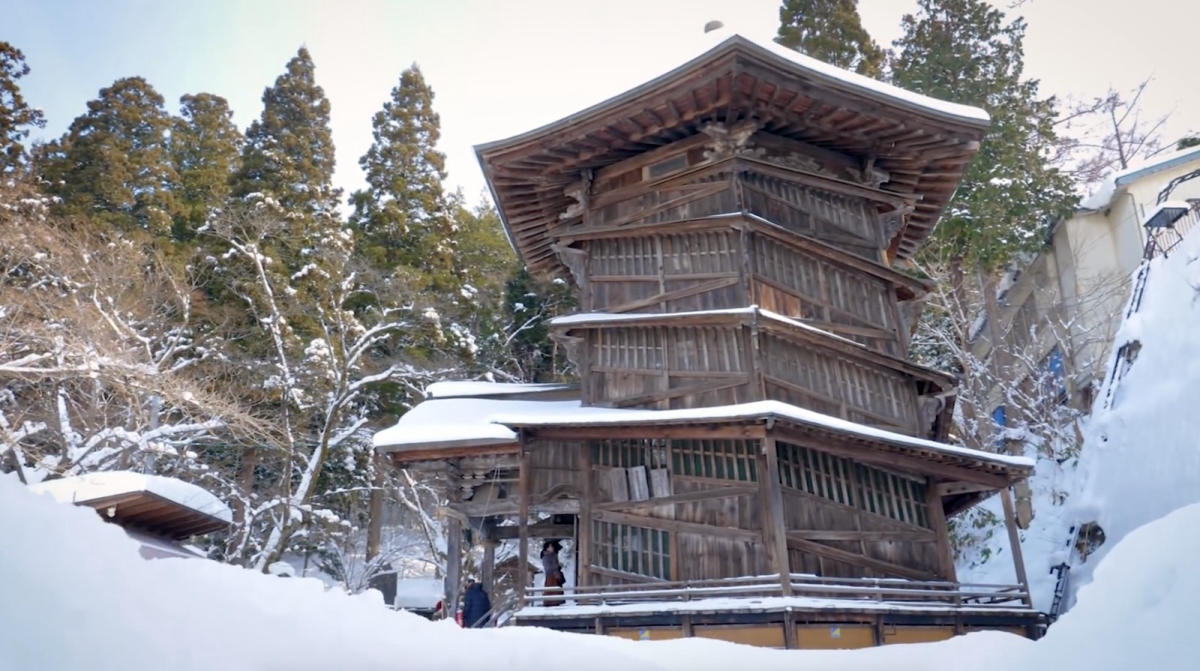 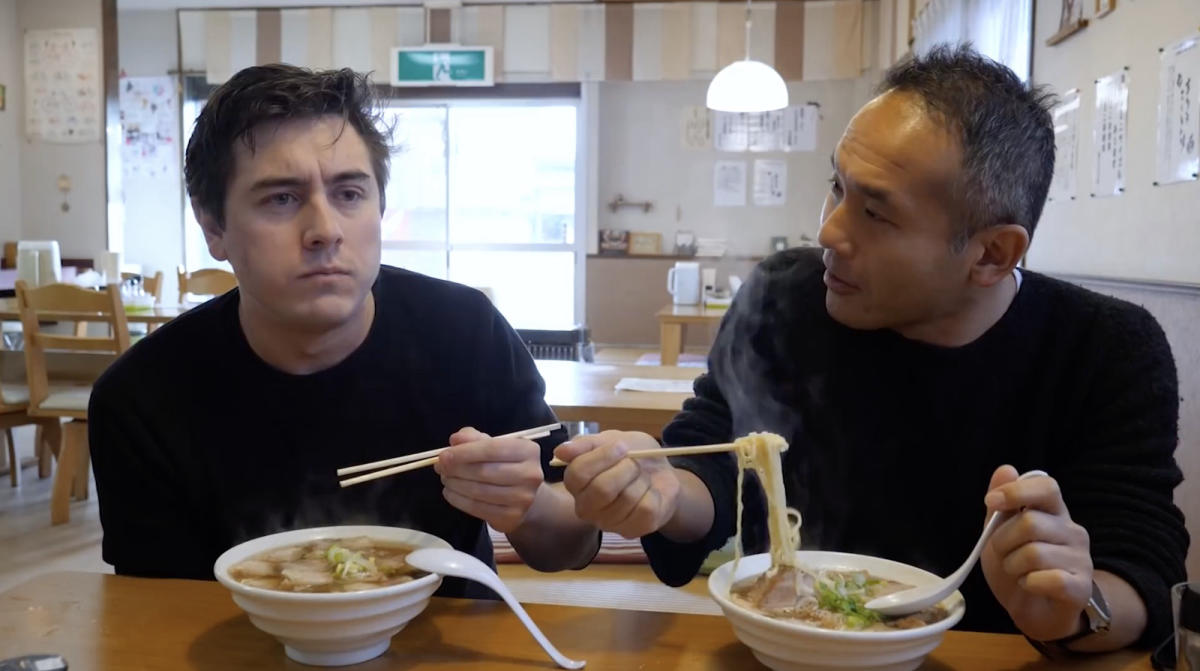 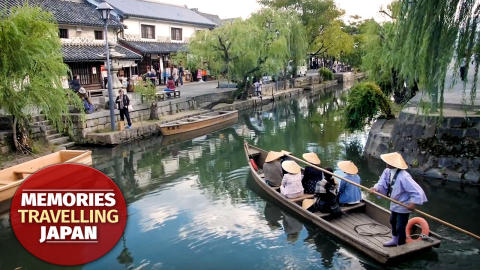 Wandering the Bustling Streets of Japanese Venice | Kurashiki, Okayama When somebody told me Japan had its very own answer to Venice, the cynic in me called bullshit. Having visited Venice and been blown... 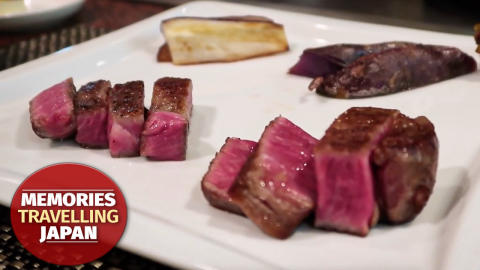 Tasting the Finest Wagyu in Japan with Natsuki

Tasting the Finest Wagyu in Japan with Natsuki | Morioka, Iwate A few years ago I won a competition called “Tohoku 365” whereby I received funding to travel around all of north Japan and document the ... 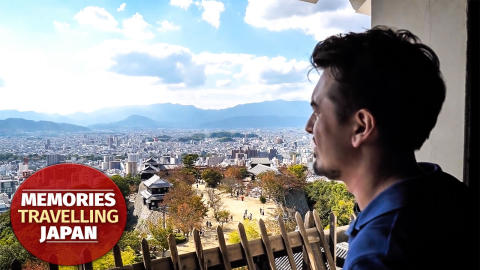 Japan’s Most Underrated City | Matsuyama, Ehime Ask me what my favourite spot in Japan is and the one that comes racing to my mind first and foremost is the view from Matsuyama Castle, nestled in the he... Discovering Sapporo for the First time with Natsuki

Discovering Sapporo for the First time with Natsuki | Sapporo, Hokkaido You can’t beat exploring a city for the first time with a good friend. One August after both Natsuki and I found ou... 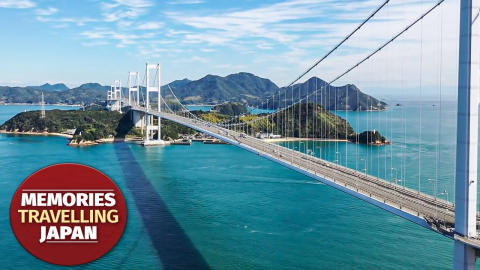 Cycling the Islands of Japan’s Stunning Inland Sea | Onomichi, Hiroshima If I had to give one place as being the most jaw-dropping, “instagramable” location in Japan, that award would go the Setouch... 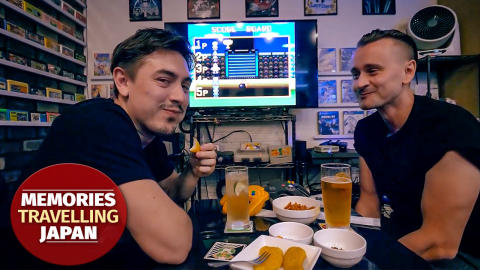 Getting Lost with a Madman in Osaka

Getting Lost with a Madman in Osaka | Osaka City As a lover of cyberpunk, retro wave and Blade Runner, Osaka is effectively my holy city. "What about Tokyo’s Shibuya and Shinjuku districts?” you might... 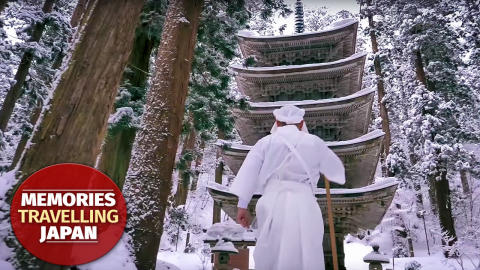 Escaping to a Secluded Mountain Temple

Escaping to a Secluded Mountain Temple | Mount Haguro, Yamagata In a world where switching off is all but impossible, sometimes we need to retreat to a secluded mountain temple and pretend like we’re in... 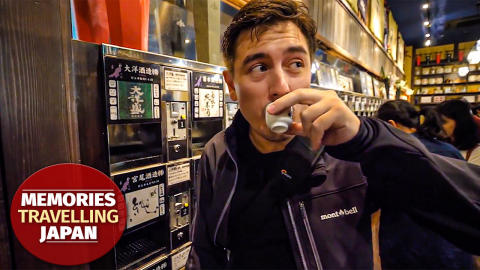 Wasting the Day Away at Sake Vending Machines Road Tripping Hokkaido in the Winter

Road Tripping Hokkaido in the Winter | Noboribetsu, Hokkaido You can’t quite beat the sensation of relaxing in a hot spring in winter, soaking beneath the steam with the icy breeze blowing against your ... 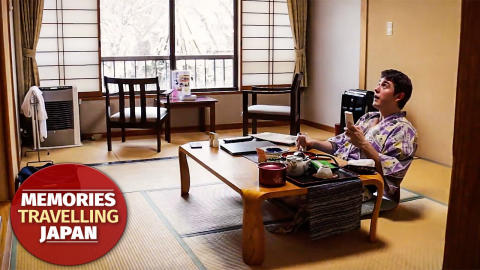 Staying in a Traditional Japanese Inn

Staying in a Traditional Japanese Inn | Yonezawa, Yamagata I’d known my cheeky Japanese friend Ryotaro six months when he invited me to travel with him on a visit to see his friend Satou-san, the owner ... 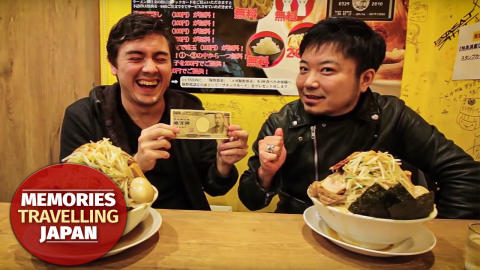 Devouring a Bowl of Monster Ramen

Devouring a Bowl of Monster Ramen | Akihabara, Tokyo If you’ve always wondered if there’s a place that sells a bowl of ramen so large and ridiculous in scale that you could potentially overdose ... 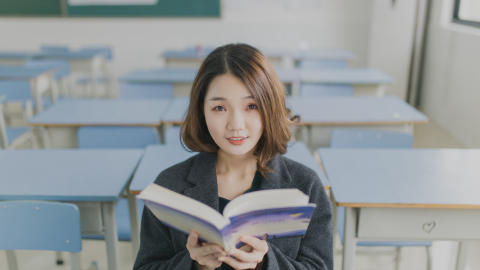 Making Friends in Japan: My Experiences and Tips

Considering it’s the question I’ve received thrice daily for the past 2 years, I still haven’t worked out a proper response to; “Will I be able to make Japanese friends in Japan?” ...